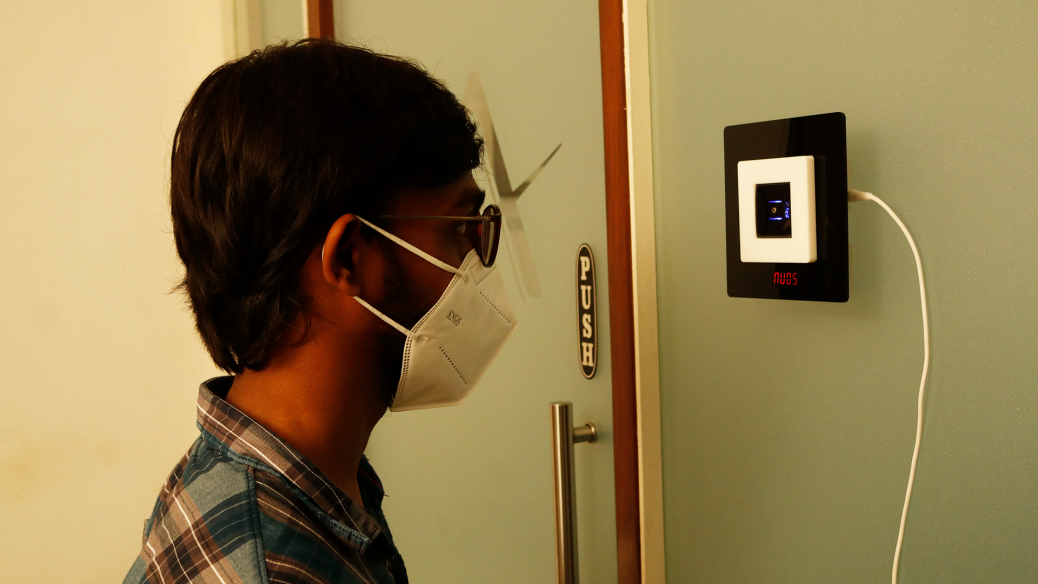 While the world was alerted to the spread and presence of a new virus filtering through the public, many around the globe were oblivious and unprepared for what was to come. The Corona Virus quickly spread through infected individuals across the globe over the course of the New Year through Air Travel and other means of transportation. The seriousness of this unseen threat was only apparent to the world at the end of February 2020, which by then the respective authorities were late to the scene. Obvious panic, fear and uncertainty spread faster than the contagion, and governments were forced to hurriedly shut down their workplaces, schools, public spots and basically put a stop to social life. While this has had severe repercussions on people’s lives, jobs and other factors it has slowed the spread of the virus to an extent that it gave authorities time to figure out a plan, in order to avoid, if not beat, this deadly virus.

What led to the boom in Thermal Scanner Production?

Although the world has experienced pandemics before the onset of Covid19, it was still unprepared despite warnings years prior from medical experts. Luckily, we are in an age where impressive technology is produced to make human lives safer and easier. This pandemic just pushed us further into developing Health based tech on a large scale at a quicker pace.

While the demand for home essentials is ongoing more than ever, safety and sanitization requirements like masks, sanitizer, gloves, suits and other necessities are not efficient enough to combat this disease.

Thermal Scanners use infrared sensing to scan persons that may be infected with the virus, with the signs of High fever.

Anyone found with high body temperature, is picked up by the scanners and alerts those in charge, and that person is admitted for treatment.

The economy cannot simply be reliant on work from home or order from home schemes because it is also reliant on social interactions that fuel sports events, clubs, bars restaurants, theme parks, museums and other public gatherings etc.
With this, once lockdowns lift, crowds will flock to public areas and transmission of the virus is imminent.

To avoid this, authorities and owners have begun to invest in Thermal Scanners that will filter out healthy individuals from those that may be sick or infected.

This way they will manage to contain if not keep away this virus from infecting large crowds all at once.

What are the current resources being used to combat the virus?

How do Thermal Scanners work and why is there a demand for them?

Thermal Scanners are a digitalized sensor that detects if an individual has high body temperature. It uses the help of infrared sensing. Some Scanners may display visual imagery of heat levels in a person, while some display numerical data.

In the last month, the demand for Thermal Scanners has hit the roof. Initially they were first used at the airports, then it moved to government offices and headquarters, then to factories and industrial outlets, hospitals and now even malls, stores.

First used in military operations, Infrared heat scanners detect infrared radiation from objects which are hidden and are sharper than other light-source imaging systems.

The mass hysteria and rising casualties have sent governments investing in extensive research, healthcare and health based technology systems one of which is the Thermal Scanner. Increased pressure to mass screen at airports, and other sectors have caused a surge in further developing health based technology.

What are the effective ways to use Thermal Scanners?

If using the NUOS IR Touchless Thermal Scanner, simply mount this device on the wall or surface area at the entrance of your building complex, mall, public arena, office, industrial complex etc.

This device does not require a human to operate and does the work perfectly by itself without being touched. This way it does not transmit any germs through touch from one individual to another.

The Thermal Gun is a miniature device that is held up by an individual or security guard at the entrance of a hotel, lodge, shop, malls, schools and housing complex. This still requires touch, as the person has to hold up the device close to someone’s forehead, compromising the health of the Visitor and the individual scanning.

The NUOS IR Touchless Thermal Scanner, unlike other devices

Does not need to be manually operated.

Is mounted on the wall at general eye level i.e. this way it does not need to be held up.

Alerts the authorities or inhabitants if the visitor has high body temperature.

Does not depend on battery life and is a plug-in system.

If you are worried about the health and safety of your family members, friends, colleagues or employees, feel free to contact us and we will guide you to making safe, healthy decisions for all! You can reach out to us- Nuos Team.